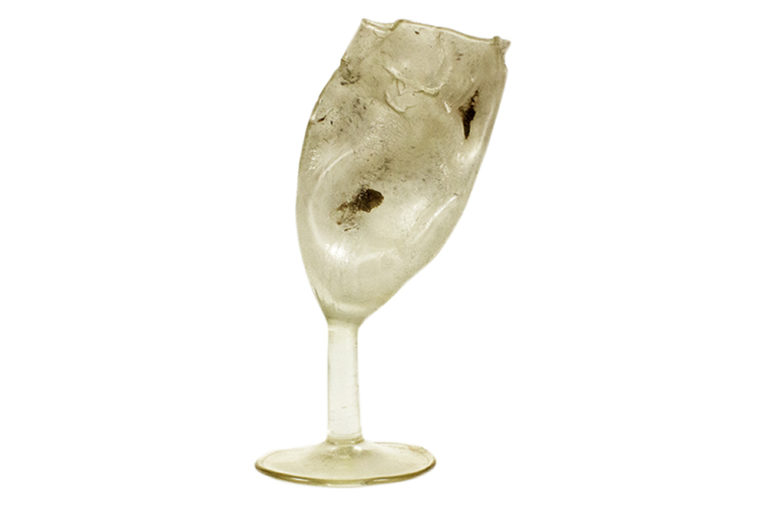 The Sampson Flat bushfire began in the Adelaide Hills region of South Australia on 2 January 2015 and lasted for seven days. During that time more than 49,000 acres were burned, almost 170 buildings destroyed, and 134 people sustained non-fatal injuries. This glass, which was donated to the museum by Paul Clark, owner Kersbrook Hill Wines, had been stored in a shed, the contents of which were lost to the fire. The company’s vineyards were also damaged, and the smoke-effected grapes unusable.

What was once queer 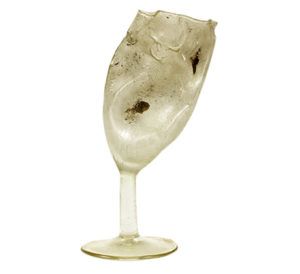