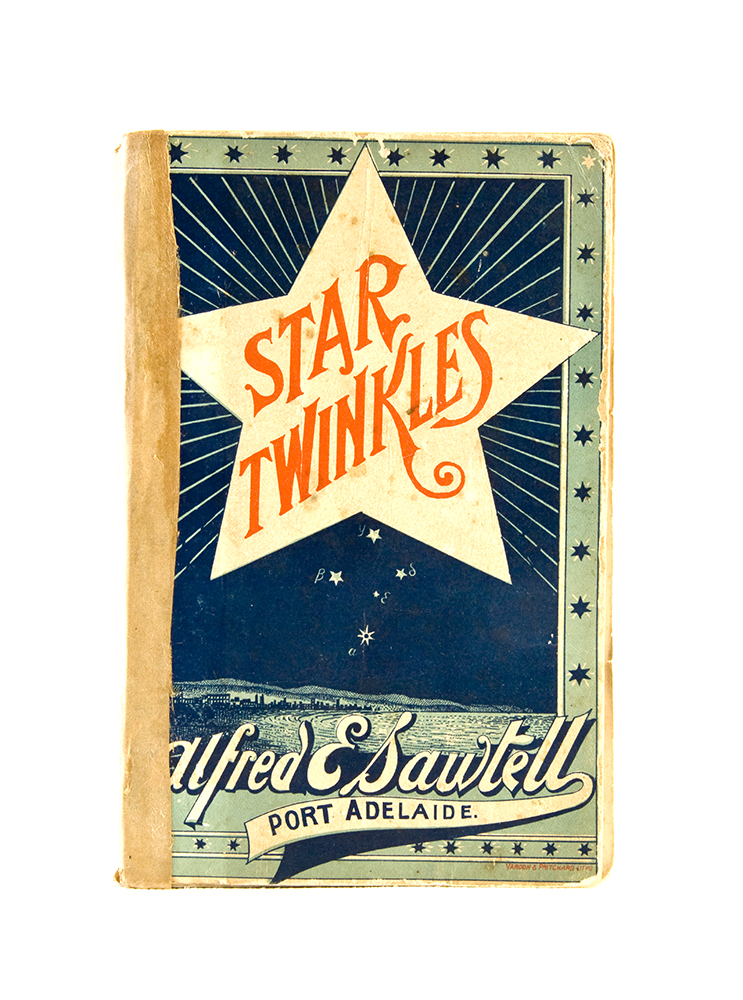 Port Adelaide was once a thriving maritime precinct with a plethora of nautical suppliers.  One such, Sawtell’s Nautical Optician, was founded in 1853 and specialised in the manufacture and repair of timepieces, spectacles and navigational instruments. Its co-founder and namesake, Edwin Sawtell, was the first optician and watchmaker in South Australia. Sawtell’s son and business partner, Alfred Edwin Sawtell, assumed sole ownership of the nautical optician shop in the 1860s and remained at its helm until his death in 1902. Sawtell recognised the need for a comprehensive guide to the colony’s coastal waters and ports, and as a result compiled and published the first edition of Sawtell’s Nautical Almanac in 1873. The popular periodical was printed at the nautical optician shop, and published annually until 1907.  The Star Twinkles almanac was regarded as a navigational bible by local seafarers.