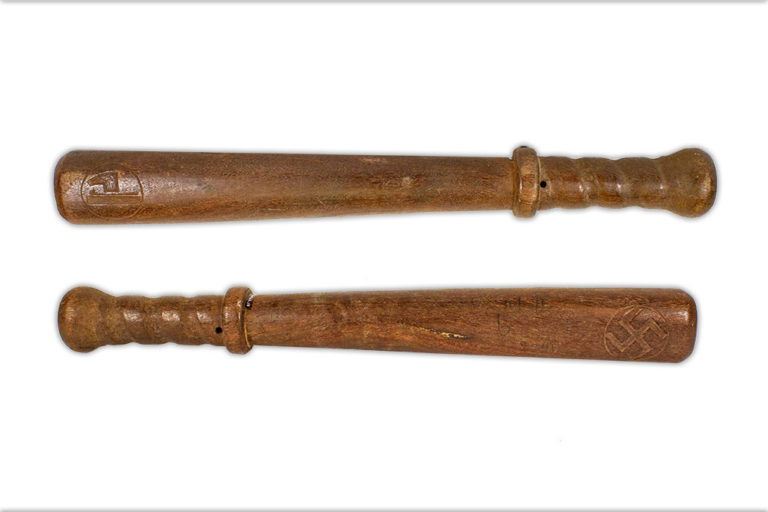 A brown wood gymnastic club, similar in shape to a softball bat. Not fully round, on the 2 flatter sides are carved symbols of Nazism & Fascism. The handle end is bevelled into a wide spiral ending at the collar above the club. A hole has been made through the handle on the same sides as the symbols. The handle top is knob shaped, both ends are flat. This club is one of many confiscated from German & Italian internees at the Loveday Internment Camp near Barmera in the South Australian Riverland. Loveday Camp was the largest internment camp built by the Commonwealth Government during WWII. At its peak in 1943 it held over 5,000 internees, mostly Italians & Japanese; there were also Italian & German P.O.W. Internees were often detained by allegations of actions prejudicial to the Australian government defence, many or most proved to be unfounded.