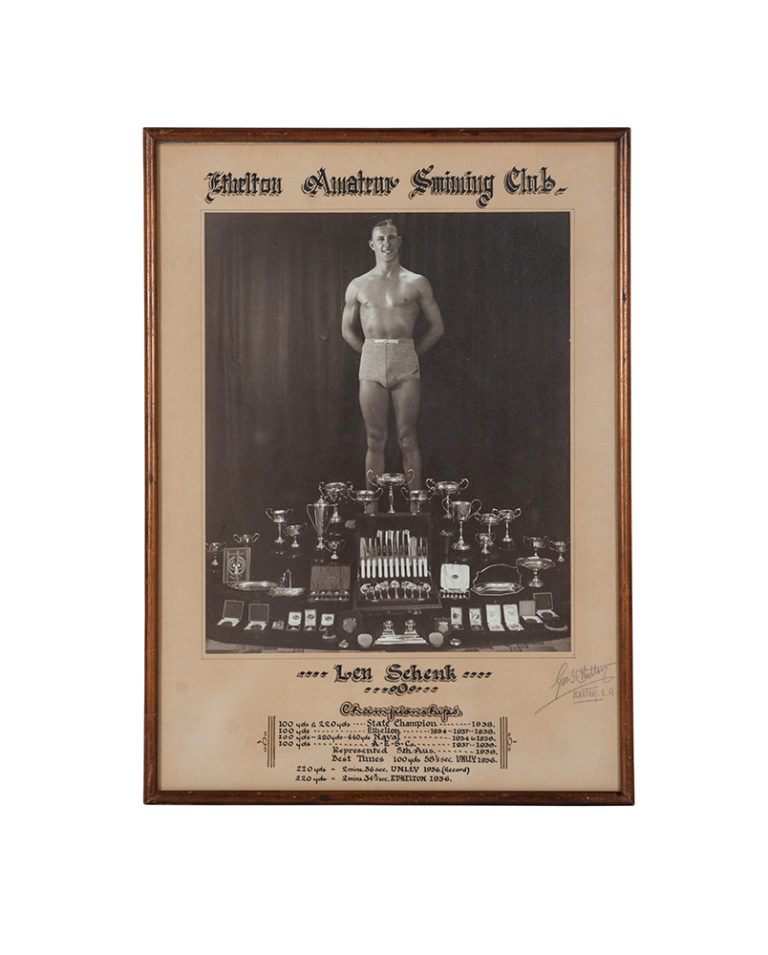 This photograph was taken as a record of Len Schenk’s swimming achievements. Swimming for the Ethelton Swimming Club in the 1930s, he won many awards and set several records. Len was a member of the Royal Australian Naval Reserve, and won Navy as well as State championship competitions. He continued swimming into the 1950s, competing in the ETSA swim title races in 1951. The Ethelton Amateur Swimming Club, founded in 1924, was one of the most successful clubs in the region, despite the fact that its members, like those of other clubs in Port Adelaide, had to brave the brackish waters of the Port River rather than a purpose-built swimming bath.