Learning to do hetero-femininity in 1970s Australia

It was Friday 4 November 1977, the day before her fifteenth birthday and three months since she’d arrived in Adelaide’s southern suburbs from a small Welsh backwater. The Flamingo Ballroom was packed, smokey, thrumming with the sound of Black Betty. “This is my brother Danny” said one of her new-found friends. A few weeks later he gave her a friendship ring – a thick silver band inset with three bright blue stones – and explained what she had to do to pay it off. Blue stones as an inoculation against blue balls. He was nineteen, he was hot, and he had a scarlet Holden panel van named Lady Luck. Her body soon bore the imprints of the brown shagpile carpet that lined the van’s interior, and of the fat chrome exhaust side pipes that played havoc with her ankles. He cheated on her often. On one occasion she collected up tiny fragments of plaster from the otherwise-spotless shagpile and presented them to him as evidence that he’d been up close and personal with a young woman with a broken ankle. He winded her for her troubles. At Moana he and his mates parked their vans in rows on the sand, tailgates open to the sea. The torn-off flaps from beer cartons bearing numbers written in thick black texta served as score cards they held up amidst whistles and insults each time a ‘chick’ walked by. At Port Noarlunga they jetty jumped, carving out their masculinity in the air, the ocean, as she and the other girlfriends looked on admiringly or ran errands to the kiosk to buy Chico Rolls, or Eskimo Pies, or Winnie Blues. Days of sea and sand and sun made the Lee cigarette legs that she had to lie on the bed to zip up with a coat hanger rub and chafe her skin. But that’s how it was for girls in the days before sun-screen and stretch denim. At the drive-in they took it in turns to get in the back, Brandivino in one hand, Vaseline in the other; couple after couple, no one ever saw a whole movie. This was the brave new white working-class hetero world of Oz in which she found herself, or perhaps, she thinks in retrospect, in which she lost her self. Forty odd years later her wife can’t quite believe that the feminist scholar she knows and loves can laugh as she recounts her past.

Puberty Blues was my life:

And this was part of the soundtrack: 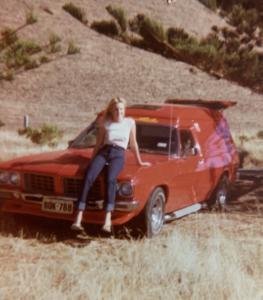 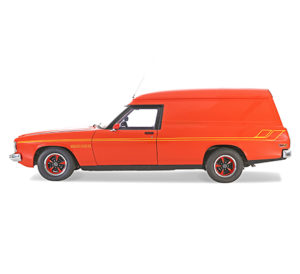